Former world cross country champion Agnes Tirop was on Wednesday found dead in her house in Iten, Elgeyo Marakwet County with stab wounds in the abdomen.

Tirop alongside Hellen Obiri and Lillian Kasait represented Kenya  in the womens 5000m and she finished fourth in the final in a time of 14:39.62 in a race won by Sifan Hassan (14:36.79) of the Netherlands.

Her death has been confirmed by Barnaba Korir, the chairperson of Athletics Kenya,Nairobi.

“It is true and a very sad story that Tirop has been found dead,” Korir said.

On September 12, 2021, Tirop made history in Germany when she won the adizero Road to Record event, smashing 28 seconds from the 19-year-old mark to clock 30:01

Tirop beat compatriot Shiela Chepkirui to break the mark of 30:29 that was set by Moroccan Asmae Leghzaoui in 2002.

Upon smashing the record, she said: “I’m so happy to have broken the world record. I felt the pace was good. The course was very good, too.”

In 2015, Tirop became the second-youngest gold medalist at the IAAF World Cross Country championships in Guiyan, China when she crossed the tape in a time of 26:01.

In the 2019 World Athletics championships held in Doha, Qatar, she bagged a bronze medal in the 10000m. 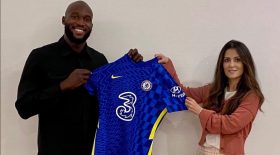